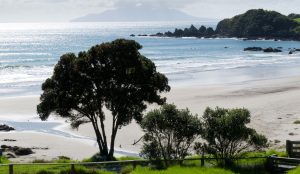 If New Zealand is to salvage its now somewhat battered ‘clean green’ image, then we need to dramatically alter the way we use and produce energy, our manufacturing methods, agricultural emissions and waste management. And we need to do it now.

In 2016 New Zealand entered into the Paris Climate Agreement, committing to reduce its greenhouse gas emission, to 11% below what they were in 1990, by 2030.

In 2017 the New Zealand government released the ‘Greenhouse Gas Inventory’, which showed that emissions for the year 2015 were in fact 24% higher than they were in 1990. New Zealand’s gross emissions per capita were the seventh highest out of the 41 countries that committed to the United Nations Framework Convention on Climate Change.

New Zealand’s greenhouse gas emissions in 2015 were equivalent to 80.2 million tonnes of carbon dioxide. This includes emissions from the energy (including transport), agriculture, manufacturing and waste sectors.

The two biggest greenhouse gas producers are the agricultural and energy sectors. Agriculture produces about 47.9% of New Zealand’s emissions, and the energy sector about 40.5% (in 2015). In fact, emissions from the energy sector increased by a whopping 36.7% between 1990 and 2015.

In terms of waste, a significant percentage of emissions are caused by food and other ‘green’ waste going into landfill and decomposing in a way that produces gases such as methane, which is several times more potent that CO2. In 2006, 23% of landfilled waste was organic, which is easily avoidable if we get serious about large-scale composting.

However, emissions from the waste sector have actually decreased by 2.9 per cent since 1990, due to increased recycling and other improvements in waste management, including landfill gas recovery. A big drop happened between 2014 and 2015, with 2.1% lower emissions from waste.

The Emissions Trading Scheme is a New Zealand government scheme to reduce overall emissions and help us honour our international responsibility to combat climate change. Businesses can trade off their CO2 emissions against investment in environmentally sustainable technology and other activities that reduce their atmospheric pollution. It also encourages tree planting and rewards forestry companies for growing trees to absorb carbon dioxide.