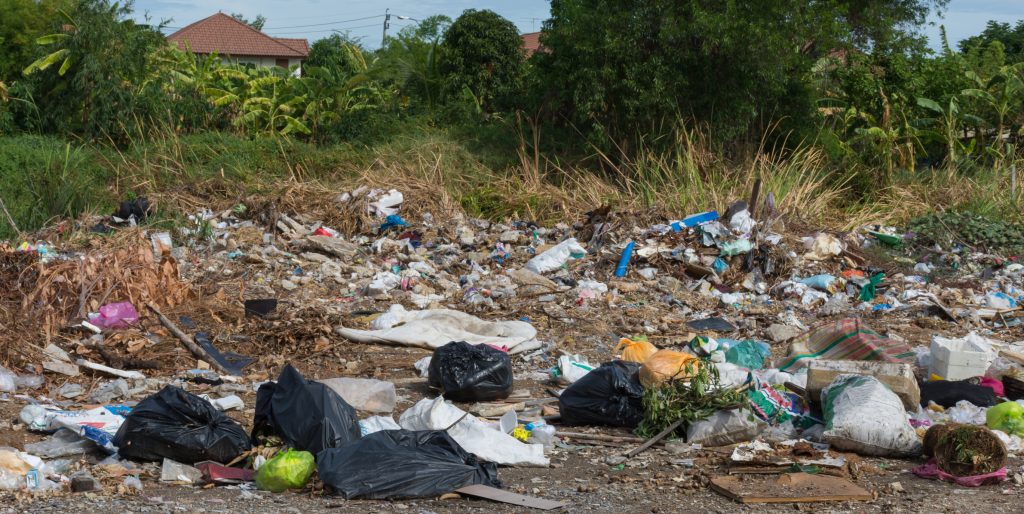 Illegal rubbish dumping is a major problem in Auckland. According to stuff.co.nz, illegal dumping is costing Auckland ratepayers about $1 million a year. This includes all the costs of dealing with illegal dumping, including the cost of clean-up as well as investigation and enforcement.

And the cost to residents is not just in taxes and rates. Illegal dumping often ends up in our waterways, or leaching hazardous chemicals into the soil and ground water.

It is usually done around residential neighbourhoods on grass verges, but also empty plots, public spaces and banks of streams and creeks.

Not only does illegal dumping ruin the look of the neighbourhood, but it often attracts more illegal dumping to the same site. Commonly dumped items are televisions, couches, mattresses, clothing, tyres.

Illegal dumping is done by people who don’t want to take their rubbish to the tip, either because of the cost, or because they can’t be bothered. Yet, if people are driving this stuff to dump it somewhere away from their house, then surely it’s not that much more effort to take it to the council rubbish dump.

Considering the harm to environment, especially contamination near waterways, and the many solutions on offer for waste disposal and recycling, this is something that really could be avoided.

For people that can’t physically make the trip to the dump, for whatever reason, there are services, such as 0800 DUMP ME, that will come and pick up your rubbish for you, at very reasonable rates, and dispose of it appropriately.

You can also report illegal dumping to the Auckland Council, if it “is hazardous and needs urgent attention”, by calling 09 301 0101.